You are here: Things To Do Bergen City Cruise 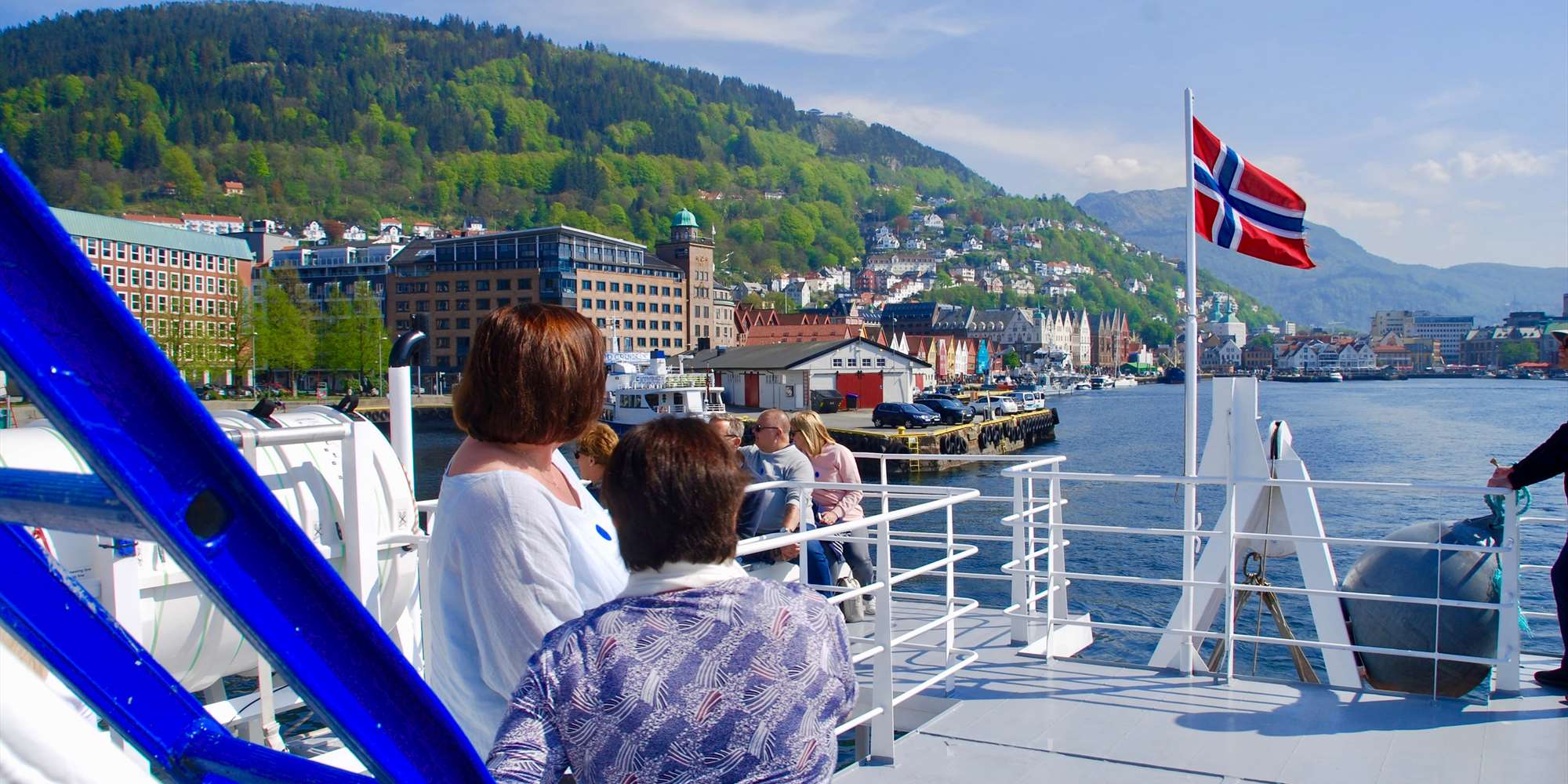 Discover Bergen by boat! The trip goes from the Fish Market and includes sights as Bryggen, Skuteviken, Sandviken and Old Bergen.The tour takes one hour.

This is a guided harbor cruise that starts from Zachariasbryggen in Bergen and takes you passed the famous Unesco listed Bryggen in Bergen. The trip also passes close to the famous Håkons Hall, and Rosenkrantz Tower, which is considered the most important Renaissance monument in Norway. Parts of the tower are from around 1270, but has been rebuilt several times. We will take you close on to the famous dry fish sheds in Skuteviken and in Sandviken. Hæggernæs roller mill is located at the end of the Hegreneset in Sandviken.

The trip then crosses the city fjord to the island Askøy, the name Askøy comes from the tree variety Ash. Ash is used for shipbuilding, building houses etc, and the leaves of the trees were widely used to make tea in older times and to have a healing effect.

About halfway over the city fjord, we pass over a unique part of world history. The famous American submarine Nautilus.

We sail through the narrow strait and into the area where Norway's largest naval battle once took place. The battle at Florvåg or Florvågslaget was a large sea battle fought on 3 Apri 1194 outside Florvåg on Askøy. 2500 warriors died when King Sverre fought the Øyskjegene around the islets in Florvåg.

The tour is guided in several languages. (On most tours this will include Spanish, French, Chinese, English and Norwegian / Swedish.)