You are here: Things To Do Bike and Grieg Concert 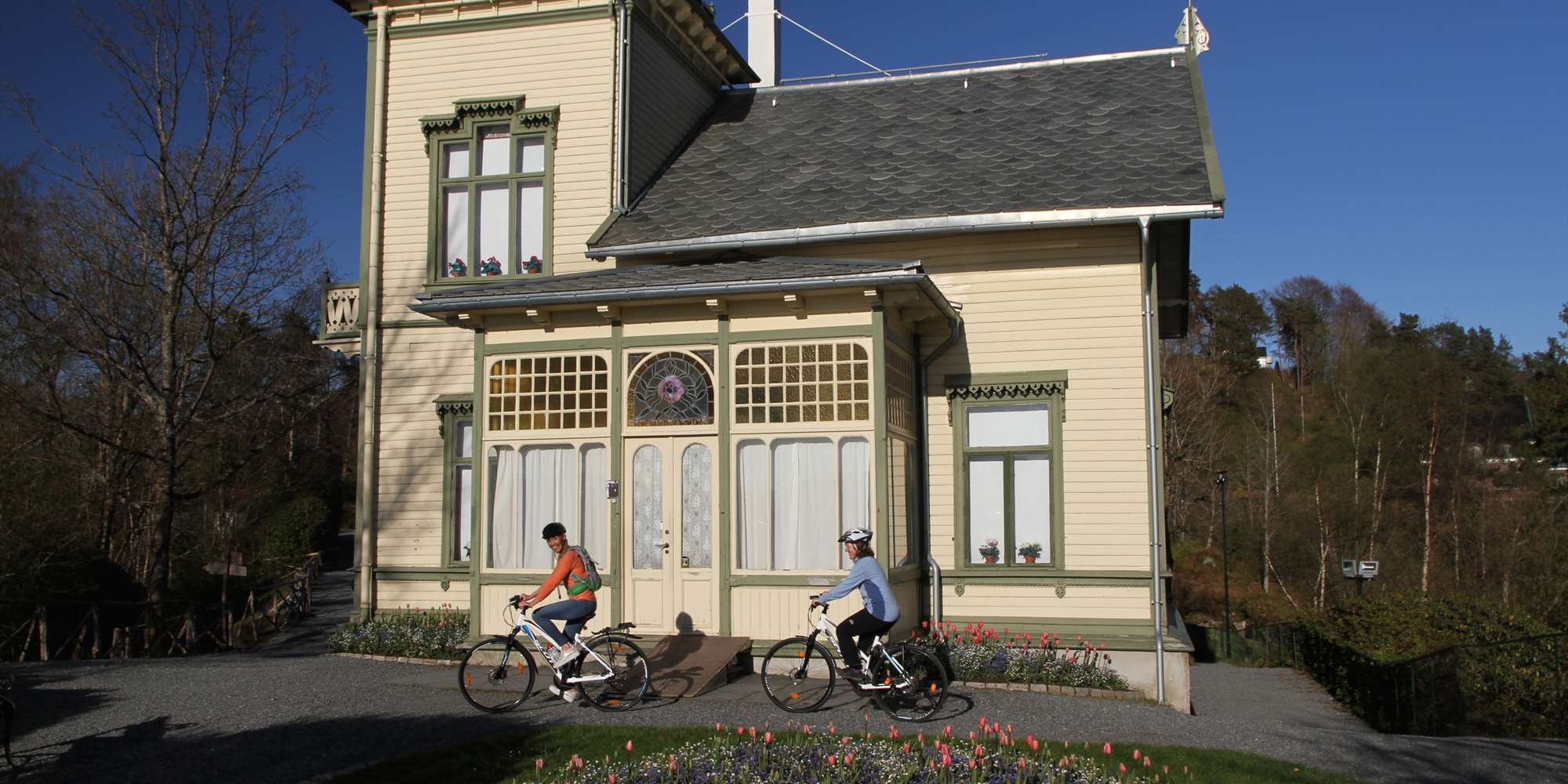 Self-guided day trip to the famous composer Edvard Grieg's villa Troldhaugen. Here you can enjoy the daily, half-hour lunchtime concert in Troldsalen. In the concert hall, you can listen to Edvard Grieg’s music while enjoying the very scenery that once inspired him in his work.

This is a self-guided tour, which means that you will be provided with an app, which guides you in the right direction and gives you information about the places you visit along the route. The app can be used offline.

This bike tour will take you to the traditional “upper class area” of Bergen. The tour starts at Bryggen and the route is going south of Bergen – first through the city centre. On the way, you will visit the local castle, Gamlehaugen, where the royal family stays when they visit Bergen. You cannot enter the castle. However, there is a great outdoor area where it is nice to go swimming on hot summer days.
The route continues along the road called “Paradisstranden” (Paradise Beach). We will also pass the house Wernerholm, where Bjørnstjerne Bjørnson wrote the national anthem of Norway. The goal of the tour is Troldhaugen, where you will stop for lunch and a concert.

The Troldsalen concert hall is situated right next to Grieg’s villa and is constructed particularly with chamber music in mind. In the concert hall, you can listen to Edvard Grieg’s music while enjoying the very scenery that once inspired him in his work. Through the large window that adorns the stage you can see the little cabin where many of Grieg’s pieces were composed.
The tour includes the concert (duration 30 minutes), entrance to the exhibition and a guided tour through Edvard Grieg's villa,

Troldhaugen.
This is a unique opportunity to visit the composer Edvard Grieg’s beautiful villa, his charming little composer’s cabin and his monumental gravesite – all located in the lovely natural surroundings at Hop in Bergen.
Returning to the city centre, you take a different route via Fantoft, where you can see Fantoft Stave Church.

The tour is around 25 km and takes approx. 5 hours.

The tour includes:
•    The Hanseatic Wharf Bryggen in Bergen
•    Gamlehaugen - where the royal family will stay when they visit Bergen
•    Troldhaugen
•    Tickets to Edvard Grieg’s house, museum and the lunch concert
•    Lunch at Troldhaugen.
•    Fantoft Stave Church

Route information
Flat bike road most of the way, but a small hill up to Troldhaugen. This is a self-guided tour, which means that you will be provided with an app, which guides you in the right direction and gives you information about the places you visit along the tour.
The route is approx. 25 km all together and takes about 5 hours.
Classification: green, easy

Gamlehaugen
Gamlehaugen is the King’s official residence in Bergen. It was purchased by ship-owner and statesman Christian Michelsen in 1898, and the construction of his private residence was completed around the turn of the century.
Christian Michelsen served as Norway’s prime minister during the turbulent time in 1905 when the Storting voted to dissolve the union between Norway and Sweden and Prince Carl of Denmark was elected King of Norway.
Gamlehaugen was designed in 1899 by the architect Jens Zetlitz Monrad Kielland, who was educated in Germany and influenced by late medieval architecture. The building combined the qualities of a fortress and a castle, evoking associations with buildings from two very different regions: the many 16th century castles found in the Loire Valley in France, and the high-towered royal fortresses of Scotland. While Kielland did not copy these buildings, he adopted their architectural principles and added modern details from the Art Nouveau style of his day.

Troldhaugen
Troldhaugen was the home of Nina and Edvard Grieg. The Villa was built in 1885, and the couple lived there the last 22 summers of Edvard Grieg’s life.
Troldhaugen became a museum in 1928 and includes Grieg’s Villa, the composer’s hut and the Grieg couple’s gravesite as well as a modern museum building and the concert hall Troldsalen, a chamber music hall seating 200 people. Troldsalen is the centre of the museum’s extensive concert activities and has excellent acoustics.

Included
•    Rent of high quality city bike (Scott Sub Cross 45), helmet and lock for the bike.
•    App with information about the places along the route.
•    Ticket to Edvard Grieg’s house and museum.
•    Ticket to lunch concert at Troldhaugen.
•    Voucher for light lunch at Troldhaugen – wraps and coffee/tea (option for vegetarians, vegans and those with gluten allergies).

Upgrade:
Upgrade to El-bike for NOK 200 extra per person

Practical information
•    Bikes and necessary equipment will be provided at Bergen Basecamp in the city centre.
•    Bergen Base Camp will go through the equipment with you and adjust your bike before you leave.

What to wear and bring
•    We recommend wearing sport shoes, warm and windproof clothing. Remember to dress according to the weather!
•    Bring a bottle of water, camera and sunglasses.

Cancellation
•    Full refund if cancelled up to 48 hours before the booked time. 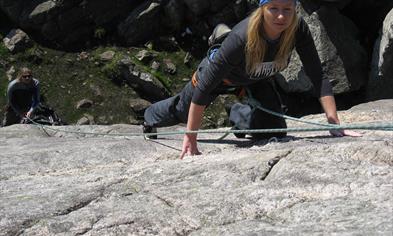