You are here: Things To Do Bryggen in Bergen

Bryggen is one of Bergen's and Norway's main attractions. Bryggen was built after the great fire in 1702 and is included on UNESCO's World Heritage List.

Bryggen is very much a living part of the cultural heritage that is still in active use in this historical area of the city. Today, there are several attractions in the area, from the Fish Market to Bergenhus Fortress and there are many cafés, restaurants and shops to choose from. Many of the shops sell traditional and unique crafts.

Bryggen - behind the scenes:
Hidden behind the iconic Bryggen front lies a hidden world of passages, small shops, galleries and artist studios, ready for you to explore! What you don’t see from the street, is that jewelers, artists, and textile designers dot the narrow passages between the rows of historic houses. Read more about the designers and artists here.

Bryggen is located in the middle of the city center and can be easily reached with a short stroll from the Fish Market. 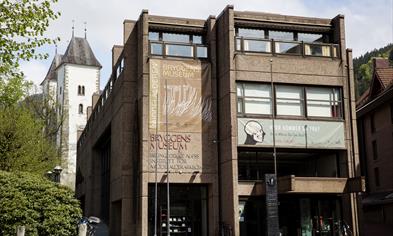 Bryggens Museum - Bergen City Museum, BergenBryggens Museum display findings of the archaeological excavations of Bryggen from 1955 and contains the foundations of the oldest buildings in… 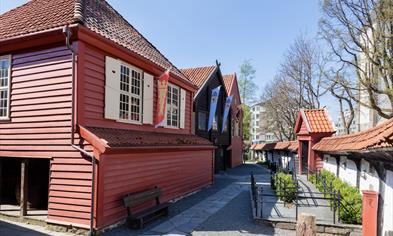 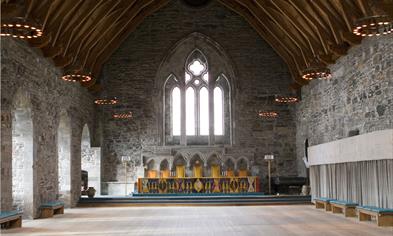 Haakon's Hall - Bergen City Museum, BergenHåkon’s Hall was built between 1247 and 1261 by Håkon Håkonsson. It was the largest and most imposing building of the royal residency in the… 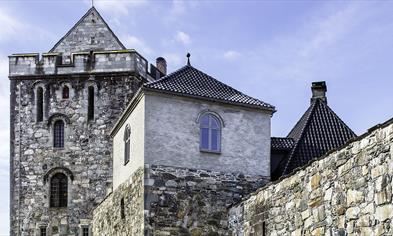 Rosenkrantz Tower - Bergen City Museum, BergenThe tower was built in the 1560s by the governor of Bergen Castle (Bergenhus), Erik Rosenkrantz, and served as a combined residence and fortified…