You are here: Home Things To Do Culinary safari of the scenic fjord-coast

Culinary safari of the scenic fjord-coast

Join us on a eventful day cruise in the beautiful skerries outside Bergen, with exciting food and drink experiences along the way.

The tour starts at Zachariasbryggen at the Fish Market in Bergen city centre, where you board the catamaran which takes you out on a great day cruise in the scenic archipelago along the fjord coast. Departure from the dock at 09:30.

The modern boats have sun decks and a comfortable lounge. The kiosk on board offers snacks and refreshments, as well as beer and wine. Along the way, you’ll learn about places and stories connected to the places we visit or pass by. Vikings, war history, and more modern times – and some information about the two world champions we’ll visit.

We sail out from the city fjord, and you’ll get a view of beautiful Bergen from the seaside. The route takes you from urban areas past by Sotra towards Os, located on the south side of the headland of the Bergen peninsula. Here the beautiful Bjørnefjord opens up, with its spectacular view of the archipelago and the great Kinnherad Alps in the backdrop – where Norway’s third biggest glacier Folgefonna always adorns its white-covered surroundings.

We continue through the western archipelago – towards the skerries of Austevoll, facing the North Sea – with a total of 667 rugged islands and islets. We arrive at the quay in picturesque Bekkjarvik, warmly received at Bekkjarvik Gjestgiveri for a lovely two-course lunch.

The proximity to the ocean and the local cuisine characterizes the menu, spiced up with inspiration from the guest house’s very own world champion Ørjan Johannessen. He won the gold medal in the World Food Championships, Bocuse d’Or in Lyon, France, in 2015, and was the fifth Norwegian to win the gold medal, and so he put tiny Bekkjarvik on the map.

The guest house was established on the king’s order, when King Christian Quart in the 1600s decided that an inn should be built for every half or whole day journey in the shipping lane. Lodgers have been received here for more than three hundred years. Today, most buildings have been restored with new usage.

You can pop by Gallery Bekkjarvik after lunch and go for a stroll in the lavish park or along the promenade by the sea. Enjoy the view from the idyllic and snug boat harbour. Perhaps in combination with a dip on the sandy beach just around the corner?

The cruise from Bekkjarvik to Tysnes takes you out into the fjord, in between islets and skerries, and also through the quaint strait by Reksteren.

This was a highly active area during the occupation of Norway from 1940-45, and along the coast you’ll spot cannons and bunkers. Two German forts were built at Reksteren, and one of them is quite large and well preserved.

The place is run by the historical hotel Haaheim Gaard. The trade post has been restored and brought back to its original form, transporting you to a bygone time.

You get to experience the atmosphere of the historical trade post and the smell of chocolate from the chocolate factory. In the old masonry oven-bakery you’ll learn how such bakeries were run around the turn of the nineteenth century, and you can buy local food, chocolate and applied arts in the old shop. Haaheim Sjokolade is located here, where they produce confectionaries filled with local produce.

The tour continues and heads towards Bergen. Sit back in the comfortable seats, enjoy the beautiful landscape and houses along the route, and get ready for the final part of the tour.

Did you know that the world’s best gin is Norwegian, not to mention that it’s from Bergen? We’ll make our last stop at the docks by OSS CRAFT Distillery, where distiller Stig Bareksten trawls Norwegian ditches for plants to use in his gin.

It’s an approx. 5-minute walk from the boat to the distillery. Here you’re invited to a guided tour around the premises, which includes storytelling and tasting of selected gins.

Bareksten Botanical Gin earned Double Gold in San Francisco World Spirits Competition in 2017, the annual unofficial world championship in liquor. The competition is settled through blind tastings, meaning that the judges were charmed by the quality and the taste. The highly regarded «Double Gold» means that all 42(!) judges gave top grades. Depending on whom you ask, you’ll hear that Bareksten Botanical Gin has a fresh taste with a hint of juniper, fruit, and spices. It is dry and complex, with a flowery scent of citrus and cinnamon.

While feeling warm and fuzzy, the tour is coming to an end as we head back to Bergen and arrive at Zachariasbryggen around 17:30 – in high spirits after a day packed with new impressions and adventures.

Guiding
CD-guiding available in Norwegian and English. Other languages are available and are decided by the crew on board.

Accessibility
Suited for prams and a limited number of wheelchairs.

Online booking:
The trip must be booked online before 23:00 the day before departure. If canceled up to 14 days before date of departure, the full amount will be refunded. If canceled between 14 and 4 days before departure, 50% of the trip price will be refunded. If canceled after this deadline, a refund will only be given if the guest has added cancellation insurance, and if the injury / illness is confirmed by a doctor. Cancellation insurance can be added when ordering and costs NOK. 150, - per person.

Covid-19 measures:
It is important that you feel safe when you travel with us. In line with guidelines from the Norwegian Directorate of Health and the National Institute of Public Health, we have implemented a number of measures to prevent the spread of infection. 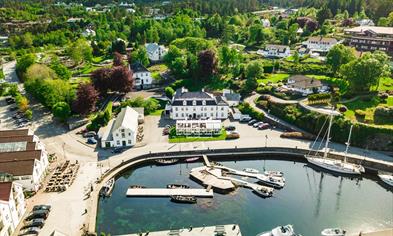