You are here: What's On Edward Burne-Jones: The Pre-Raphaelites and the North

Edward Burne-Jones: The Pre-Raphaelites and the North 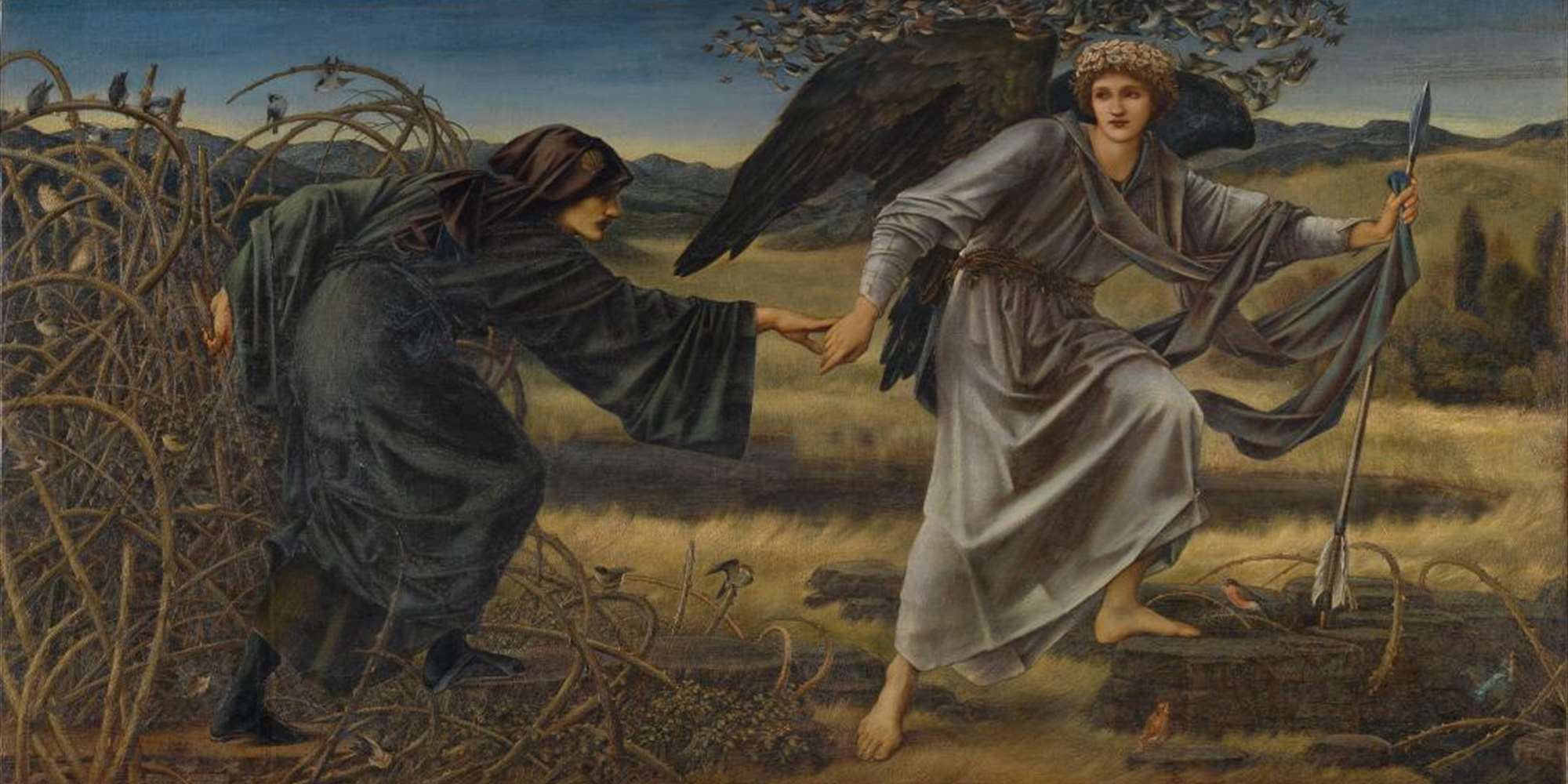 The extravagant exhibition "Edward Burne-Jones: The Pre-Raphaelites and the North" is on display at KODE from 22 February - 31 May. Don't miss the chance to view at close hand monumental paintings and tapestries overflowing with myths, mystical motifs and wistful beauty.
The exhibition at KODE presents an artist who cultivated beauty above all: Edward Burne-Jones (1833–1898). The visionary artist was among the most famous and celebrated artists of his time, both at home in Great Britain and internationally, and this is the first time he is being presented in Norway.
At the age of 22 Burne-Jones abandoned his theology studies to become an artist. He spent his apprentice years among the Pre-Raphaelites – an art movement that rebelled against academic art and the conventions of the period. His motifs were often drawn from medieval legends and ancient myths. Burne-Jones presents a world of beauty and mysticism – otherworldly – and is considered a pioneer of European symbolism.
A MOVEMENT THAT INFLUENCED THE NORTH
Burne-Jones worked in a combination of craft disciplines, such as painting, weaving and book illustration. Together with his friend, the designer William Morris, he was one of the leading figures in the Arts and Crafts Movement, which would have a great impact on the international art world, including in the North.
The movement promoted handicraft above mass production, as a reaction to the industrial revolution. The notion of "beauty in everything, beauty for all" was ingrained in the movement and was as form of social action – a belief that attractive surroundings influenced a person in a positive way.
An important aspect of the exhibition is an in-depth presentation of how Burne-Jones, the Pre-Raphaelites and the Arts and Crafts Movement influenced artists in the North. Shown here are works by Nordic artists such as Frida Hansen, Gerhard Munthe, Gustav Vigeland, Edvard Munch, Olaf Lange, Richard Bergh, Agnes Slott-Møller, and more.
INTERNATIONAL COLLABORATION
The exhibition is a collaboration between KODE, Tate Britain, Prins Eugens Waldemarsudde and the Nordic Institute of Art.
Over thirty masterpieces by usually on display in London at Tate Britain, the home of British art from 1500 to the present day, are being lent to this landmark exhibition, together with works on loan from private collectors and several institutions: British Museum, Musée d'Orsay, Manchester Art Gallery, Manchester Metropolitan University Special Collections. And from the Nordic countries: Statens Museum for Kunst, Sorø Kunstmuseum, Kungliga Biblioteket, De kongelige samlinger, Stavanger Kunstmuseum and Vigelandmuseet.