You are here: Home What's On Robbie Williams 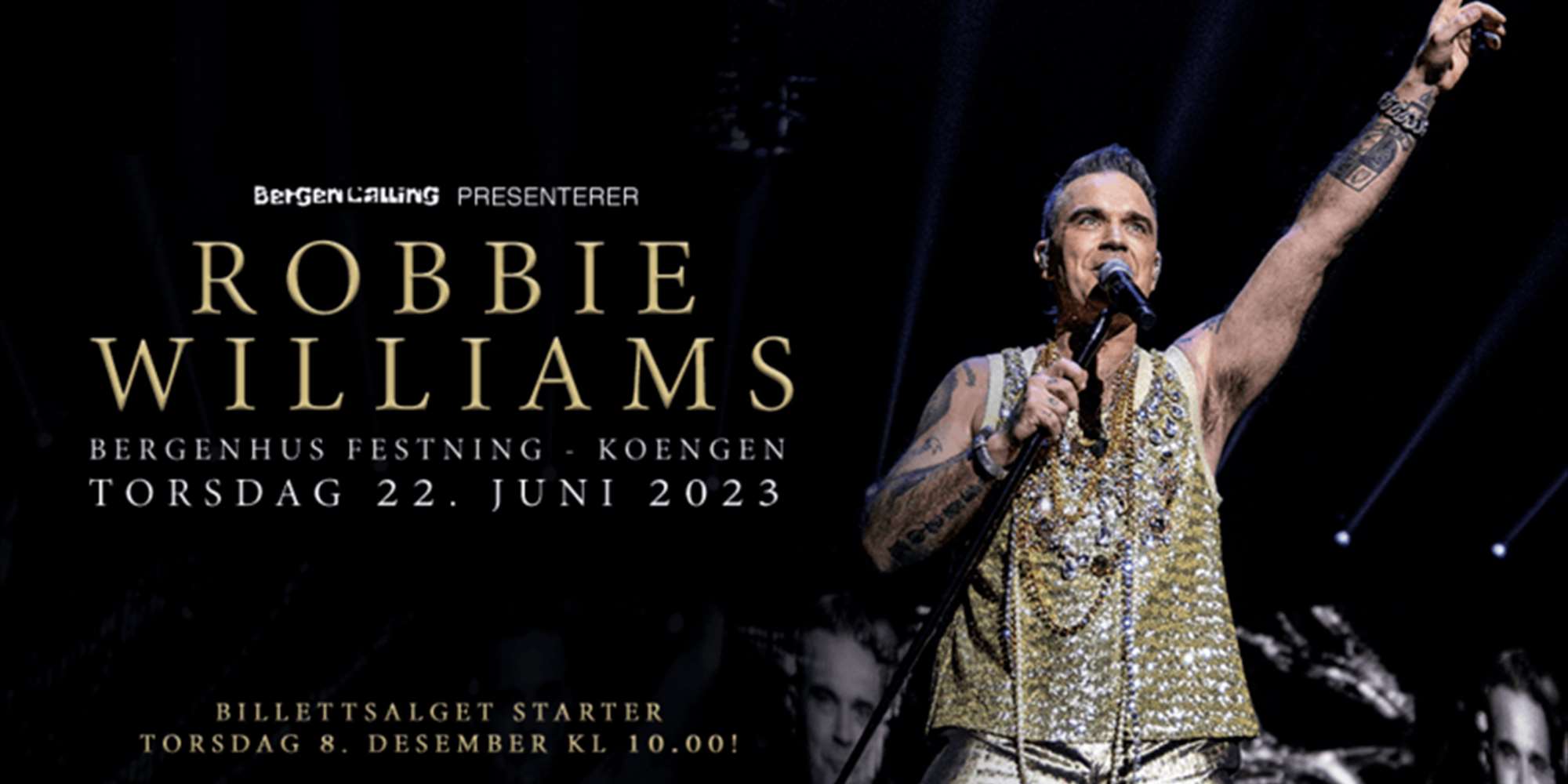 The release of album XXV in the autumn of 2022 marks the remarkable fact that it is now over 25 years since Robbie Williams left the boy band Take That and started his solo career, the enormous significance of which no one, not even Williams himself, could foresee. Since then, Robbie Williams has sold over 85 million albums, had dozens of album and single chart positions, held the record for most concert tickets sold in one day (1.6 million), successful swing albums, 18 Brit Awards, including the prestigious BRITs Icon Award and endless more. The new album contains several of his biggest hits and fan favorites from throughout his formidable solo career, and with it he scored his 14th number-1 position in the UK. Now only The Beatles, with 15, have more UK number 1s than Robbie.

Ferske XXV is a reissue of Robbie Williams' biggest hits, including the oldest breakthrough hit "Angels" and the latest, "Lost", which unexpectedly appeared on the air last November. XXV offers songs that we now get to revisit, or to use Robbie's formulation "re-worked, re-imagined, and re-loved.". The stage is set for a party and a rare hit cavalcade when Robbie Williams returns to Koengen - Bergemhus Festning as part of the one-day festival Bergen Calling on Thursday 22 June.