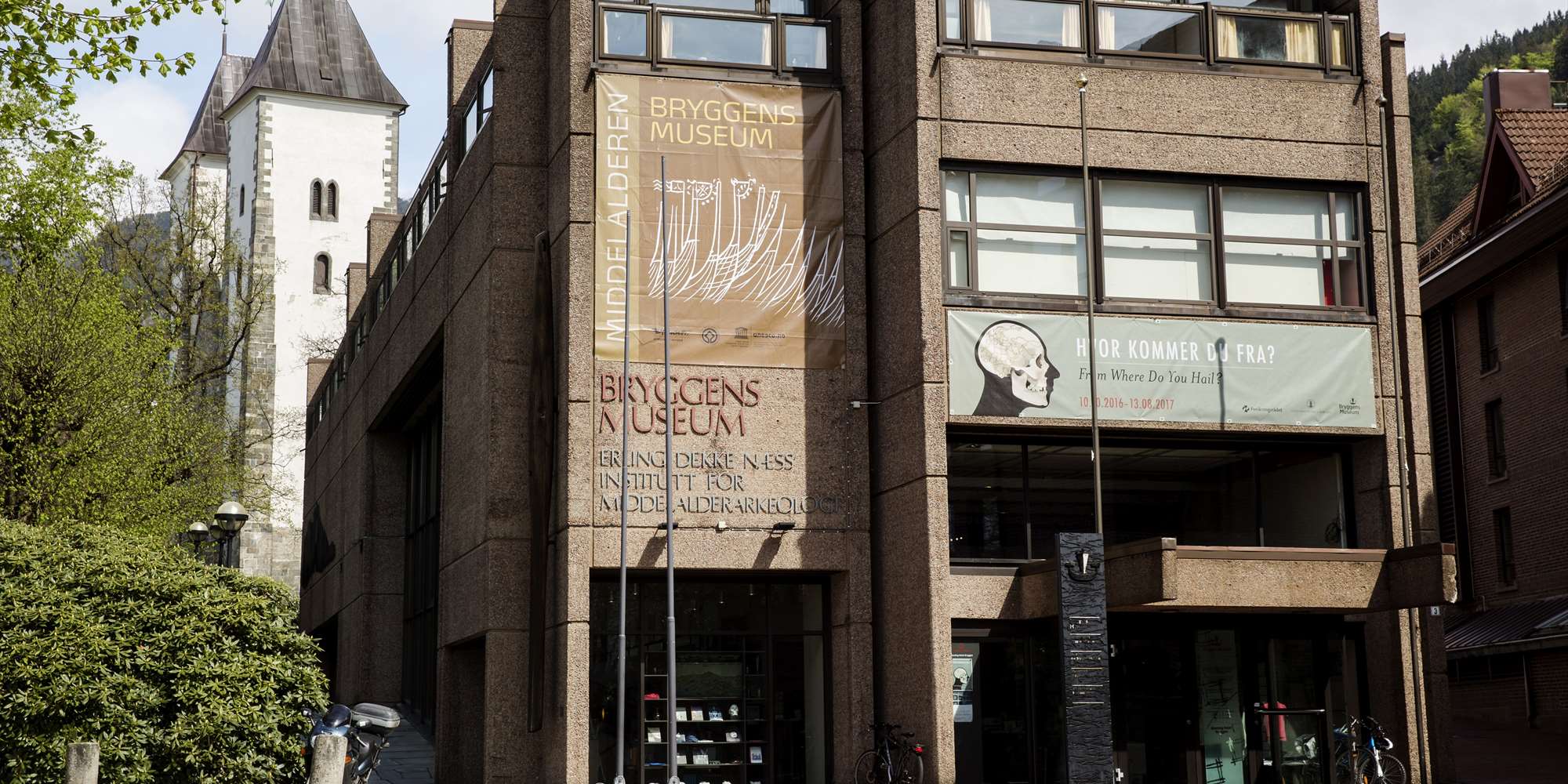 Bryggens Museum's new main exhibit is not completely finished, but we've nonetheless chosen to open our doors this summer for the benefit of the thousands of tourists who's only stay in Bergen may be the summer of 2019. The new exhibit uses thousands of artifacts and modern historical and archaeological research to let you come closer to the everyday lives of the medieval people of Bergen and Western Norway. Runic inscriptions with gossip, poems and spells tells us about faith and love, while ceramics from Europe and the Middle-East shows an extensive and international trade network. The new exhibit also displays the unique Guddal-garment - a nearly thousand year old find, which is one of extremely few relatively intact pieces of Norwegian medieval clothing.

The museum houses archaeological material from Bergen and Vestlandet in the Middle Ages, where the rich finds from the Bryggen excavations and later archaeological research in the city take centre stage. Bryggens Museum is built over the remains of Bergen’s oldest buildings from the first half of the 1100s. These architectural remains are still an important part of the museum’s permanent exhibition, and give visitors the experience of life in Bergen in the Middle Ages.It is free to enter the Bergenhus Festning historic area. Recommended for walking and recreation.

Advance bookings for groups only outside ordinary opening hours:
E-mail: booking@bymuseet.no
Emails are only answered during office hours Monday – Friday. 25% group discount for 10 people or more. Additional costs for guide.