You are here: Venues Forum Scene 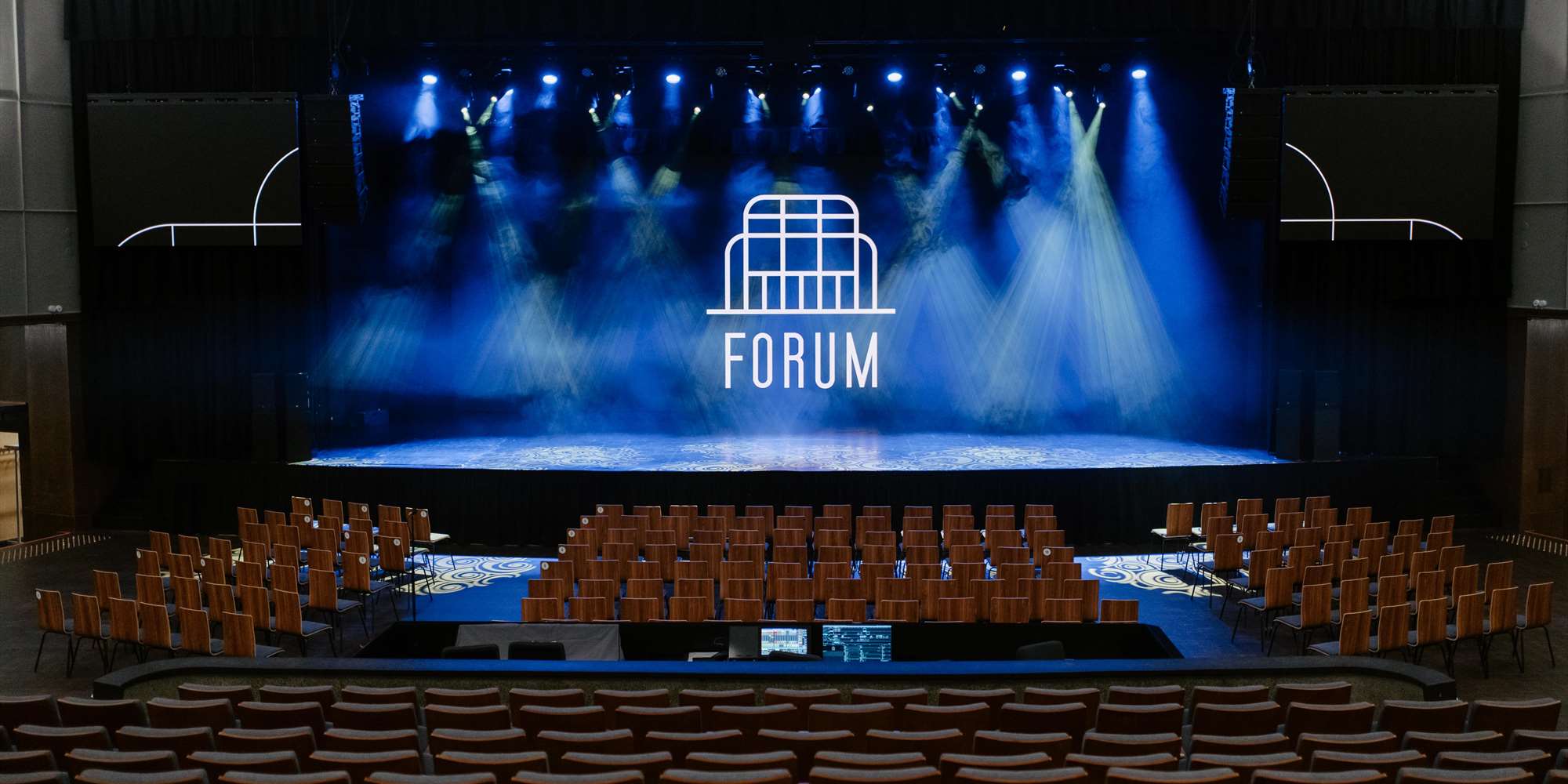 Forum Scene is a top modern culture and conference venue located at Danmarksplass in Bergen.

Forum Kino is an architectural work of art in Bergen and has a central place in the hearts of many Bergen residents. The construction of Forum Kino started in 1936, but was stopped during the war when the building was used by the German occupying power. When it opened in 1946, it was Norway's largest independent cinema with 1,140 seats. Forum was a natural gathering point for social gatherings for 60 years, before Bergen Municipality moved the cinema to Magnus Barfot and sold the building in 2006. Forum is one of the Bergen architect Ole Landmarks' main works, and in 2004 Forum was named one of the 10 wonders of Western Norway.

After almost 13 years of modest activity and building decay, the new Forum now opened in August 2019 after a total renovation. The main venue and entrance have been returned to the original style. The large stage combined with the top modern technical solutions for sound, light and image, the new Forum will set a new standard for cultural and concert venues in Norway.

In addition, new cultural and conference areas of 450 square meters have been excavated at the back of the main hall, as well as 300 square meters. conference room in the adjacent old library. A total of over 2,200 square meters divided into 6 different venues, entrance, café areas and backstage area.

How to get to Forum Scene:
Forum Scene is close to the city centre, with the light rail stop at Danmarksplass as one of its closest neighbours. There are also good bus connections.

Forum Scene does not have its own parking spaces, but you can find parking within walking distance in Solheimsviken or at Danmarksplass.

Beverages:
Forum Scene has a liquor license, and thus serves alcohol. In our bars you can buy both soft drinks and alcoholic products, as well as a selected range of snacks.

Main hall:
At the main venue you will meet the city's most modern stage, framed by a 54 square meter LED screen, fused with art deco architecture from the 1940s.

Around the main hall, there are 450 square meters of new rooms and venues. Two new venues are tied together by an open café area, which can be rented independently of events in other parts of the Forum.
Area: 394m2
Maximum number of receptions: 250

Room suitable for concerts, courses and seminars, parties with or without catering.
Area: 122m2
Maximum number of receptions: 120
Maximum seats as a cinema: 80