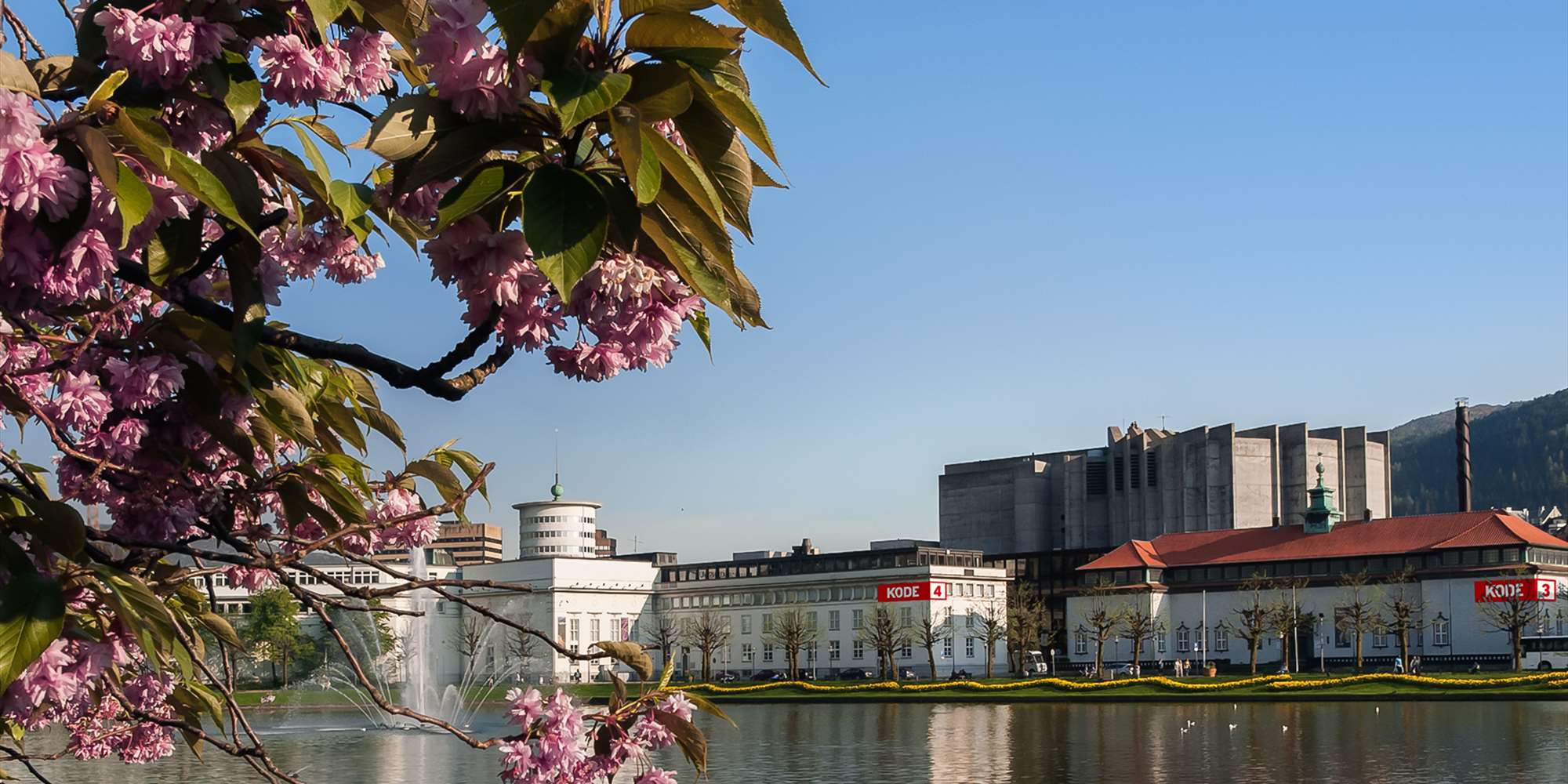 Go back in time with a historical visit to KODE’s extensive collection of art and design. The museum fills four buildings in the centre of the city. You can experience the masterpieces by Edvard Munch, Nikolai Astrup, Pablo Picasso, Paul Klee and J. C. Dahl, visit the unique exhibition “the Silver Treasure”, admire the handicrafts and designs from the last five hundred years, or experience some of our temporary exhibitions.

KODE 1: Nordahl Bruns gate 9
KODE’s building for fine craft and design. The museum has undergone comprehensive rehabilitation the last two years, reopening in May 2017. Now both the building and the collections are more accessible to the public. Several of KODEs collections are exhibited in KODE 1: Sølvskatten (The Silver Treasure) is the museum’s permanent exhibition of silver and gold objects produced in Bergen, and the Singer Collection, which consists of European and Asiatic antiques, paintings and works by Old Masters.

KODE 1 also presents a museum shop focusing on design and interior architecture, a new education room for children, and a combined conference-and-banquet hall. In KODE 1 the restaurant and bar Bien Centro offers classic Italian food. Henry Bucher was the architect of this museum venue and it opened in 1896.

KODE 2: Rasmus Meyers allé 3
This is KODE's main venue for temporary exhibitions. At display until April 1, 2018 is the installation “Direction” by the Japanese artist Chiharu Shiota. She is internationally famous for her intricate and spectacular works using thread that fill entire rooms and she represented Japan at the 2015 Venice Biennale. In Bergen Shiota has created a unique work for KODE.

On May 4th 2018 the KODE will open the largest presentation in more than 30 years of the 19th century master J.C. Dahl. The exhibition «J.C. Dahl – The Power of Nature» highlights Dahl’s development as a landscape painter through an extensive selection of paintings and drawings.

A large museum shop focusing on gifts, paper designs and art books, is located in the ground floor right next to the popular café, Smakverket. The architect of this museum building was Sverre Lied and it opened in 1978.

The architect of KODE 3 was Ole Landmark and it was opened in 1924 in order to recieve the extensive art gift donated in 1916 from the businessman Rasmus Meyer.

KunstLab/ ArtLab, situated in the end of the building, is great fun for children and families. This is an art museum for children including a specially designed laboratory where children are free to explore the world of art through play and experimentation.

The first and second floor presents the core of the museums´s collections ranging from 14th century icons to Norwegian and international Modernism, ranging from Norwegian artists like J.C. Dahl and Christian Krohg to international names like Pablo Picasso, Paul Klee and Asger Jorn. The Tower room on the second floor presents temporary exhibitions, currently the exhibition “Per Barclay. Oil Rooms” which will be on display until the 10th of June 2018.

At KODE 4 you will also find Lysverket, a restaurant specializing in seafood. The KODE 4 building opened in 1938 as an administration building for the electrical powerplant company. In 2003 it was restored and opened as a museum. The architects were Fredrik Arnesen and Arthur Darre Kaarbø. 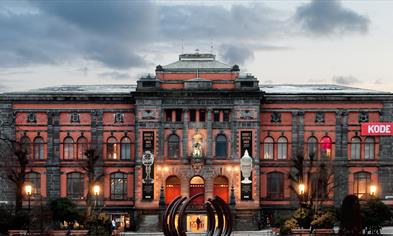 KODE Art Museums and Composer Homes, BergenKODE – the Art Museums of Bergen has one of the most unique venues for small or lagre events, meetings and receptions.

Lysøen Island, and Ole Bull's Villa, BjørnafjordenThe beautiful villa on Lysøen was built as a summer residence for the Norwegian violin virtuoso Ole Bull in 1873. Open to the public in the summer. 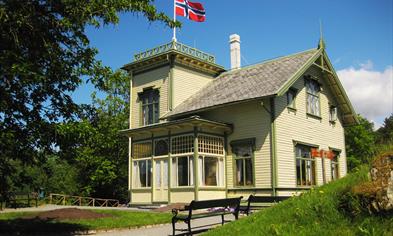 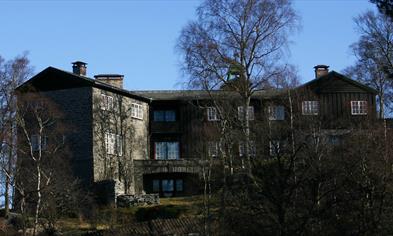