You are here: Home Things To Do Shopping Fish Market in Bergen 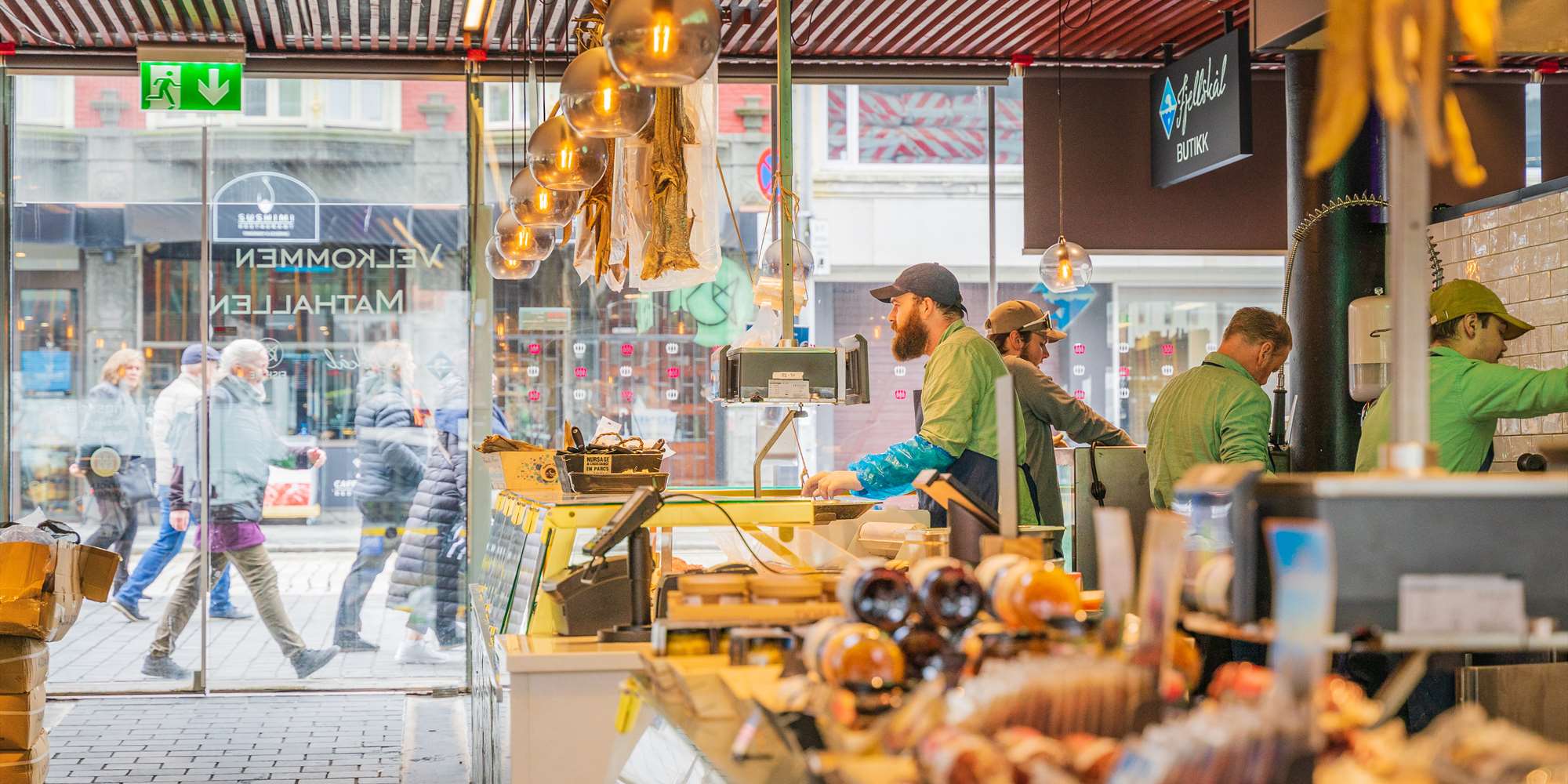 * The outside market is closed in winter. Some fruit and vegetables on Saturdays.
The various fishmongers inside Mathallen has various opening hours.

The picturesque Fish Market in Bergen is one of Norway's most visited outdoors markets. The Fish Market sells seafood, fruit and vegetables.

The Fish Market has a charming location in the heart of the city between the fjords and Bergen's 7 mountains. The Fish Market in Bergen has since the 1200s been a meeting place for merchants and fishermen. You can find fresh fish and seafood, local farm food like fruit, berries and vegetables. There are also several restaurants serving a large selection of seafood. The indoor Fish Market is open all year and the outdoor Fish Market is open from the 1st of May and during the summer.

The Fish Market in Bergen has existed since the 1200s and has since then been one of the most important places for trade between fishermen, farmers and the inhabitants of the city. In addition to the merchants on land there were also historically sales from boats along the quay. Fishermen who lived outside the city used to row in to the Fish Market to sell their catch of the day before rowing back home the same day.

The first Fish Market in Bergen was located next to Bryggen in Bergen in the Nikolaikirkeallmenning. When the Hanseatic league came to Bergen in the 1300s, the area was filled with German merchants and the city grew fast. Until the 1500s, the local merchants continued to trade in the Bryggen area, but in 1541 a demand was put forward to move the market to prevent the Hanseatics from gaining too much power over the city's most important trading place for the citizens of Bergen. In 1556, the Fish Market was moved to the inner part of Vågen and established itself as the central trading venue in Bergen. The Fish Market became increasingly important and grew with the surrounding area. A large amount of buildings was built in the area through the 1700s and 1800s.

In 2012 the indoor Fish Market - Mathallen opened. Here the merchants have permanent shops and restaurants indoors and are open all year.