You are here: Home Things To Do Fantoft Stave Church 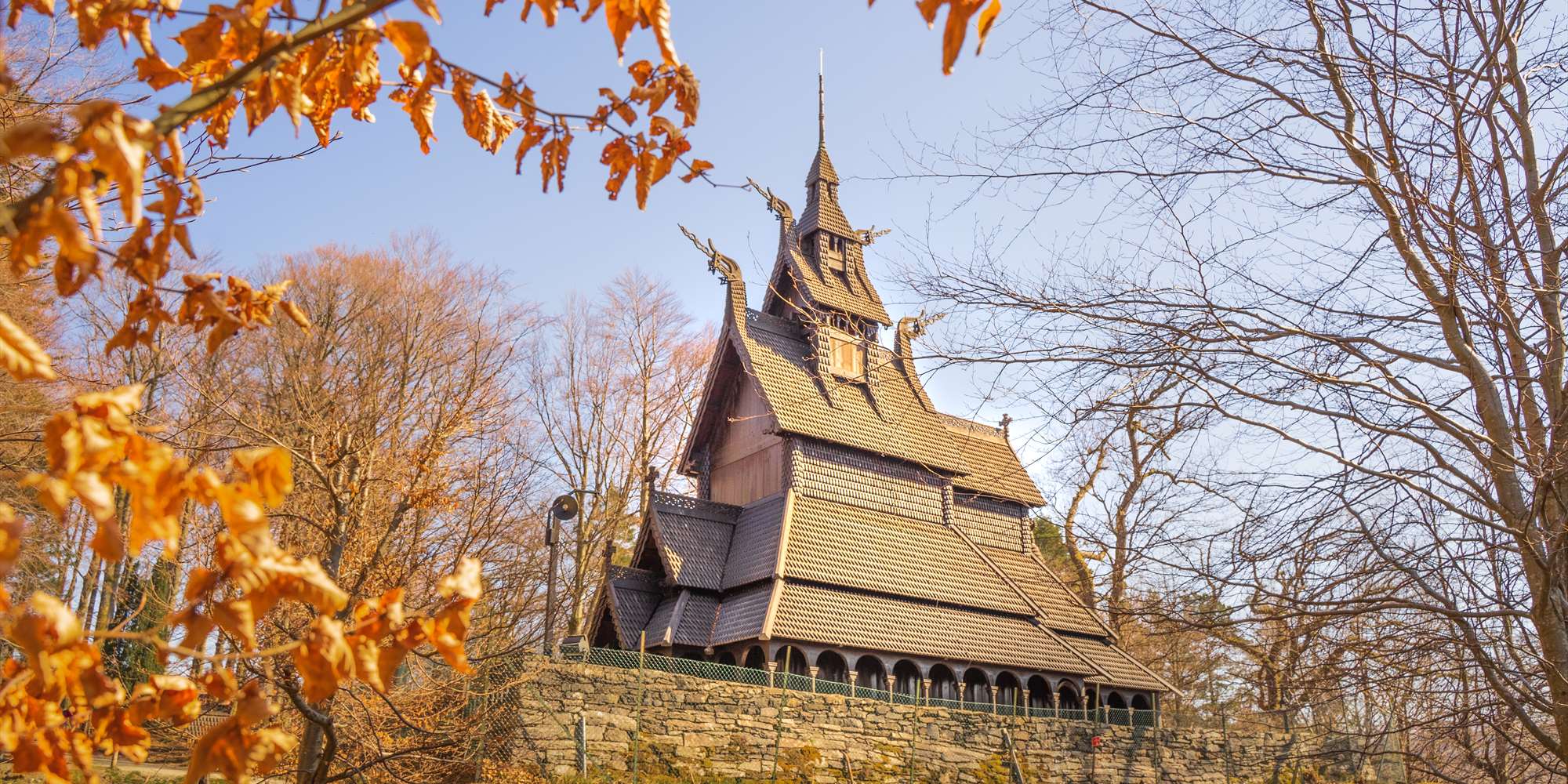 The old stave church was built in Fortun in Sogn in 1170 and moved to Fantoft in 1883. Fantoft Stave Church has now been rebuilt as it was before the fire in 1992.

In the following centuries, changes were made to the church several times, including extending it, and building a west tower, before the church was demolished in 1883.

The materials from the demolished church were bought by Consul Fredrik Georg Gade, who arranged for the church to be rebuilt on his property Fantoft, where it served as a chapel for the family. During the reconstruction, the church was constructed as it is believed to have been originally.

Fantoft Stave Church became the front page article in the newspapers in early June 1992 when the church was set on fire and burned to the ground. The only thing left were the remains of the framework. Varg Vikernes was charged with arson, but there was not enough evidence to convict him.

The decision to rebuild the church was made immediately. But the reconstruction became a great challenge for those responsible as it was several hundred years since the last stave church was built in Norway, so the existing knowledge about this type of structure was modest. There was also very little that could be used from the old church so most of the building parts had to be made on site according to surveys and existing drawings. The timber used in the reconstruction was 350-400 year old pine trees that grew in approx. 400 meters altitude in Kaupanger. The only remaining objects from the original church are a wish stone that is placed in one wall, and the cross at the altar.

In 1997 the church was finally rebuilt and at the end of August it was consecrated. The church is open for visits during the summer season, but it is quite possible to take a closer look from the outside also the rest of the year. Fantoft Stave Church is one of many popular photo motifs from Bergen on Instagram.

By bus: no. 21 from the Bus Station to Fantoft Stave Church.