You are here: Information Product Catch all The National Stage (Den Nationale Scene) 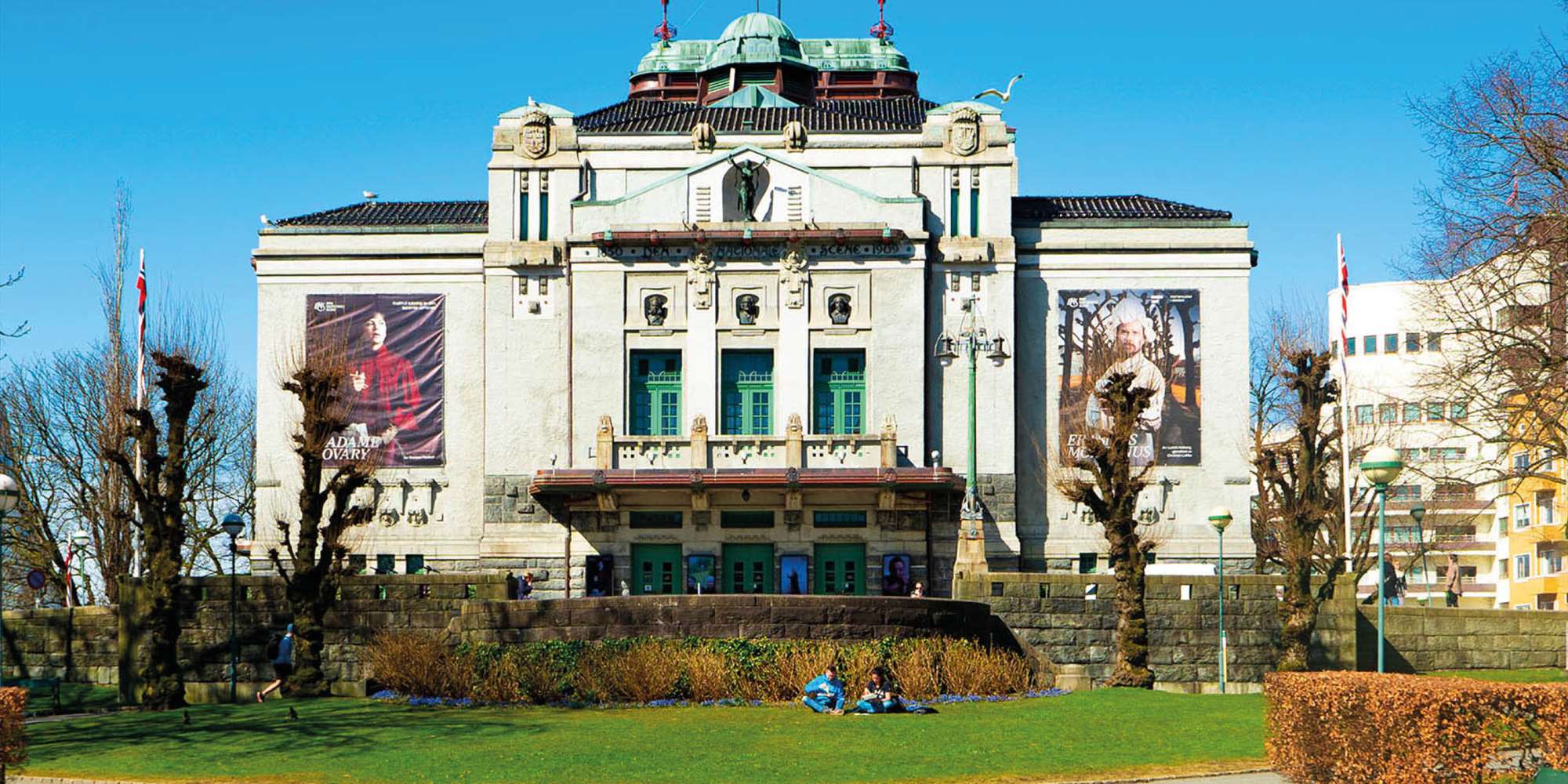 The National Stage displays a wide variety of plays on three different stages. From classics to contemporary dramas and comedies - for adults and children.

From 1851-1858, Henrik Ibsen worked as a dramatist and stage instructor at the theatre, and the experiences he made with theatre in practice, was of great importance with regards to his later work as a playwright. During the years, many significant actors and actresses, dramatists and poets have worked at The National Stage in Bergen.

The National Stage has three stages, about 140 employees and presents approximately 25 different plays each year, in addition to guest performances.