You are here: Home Things To Do Bergenhus Fortress Museum 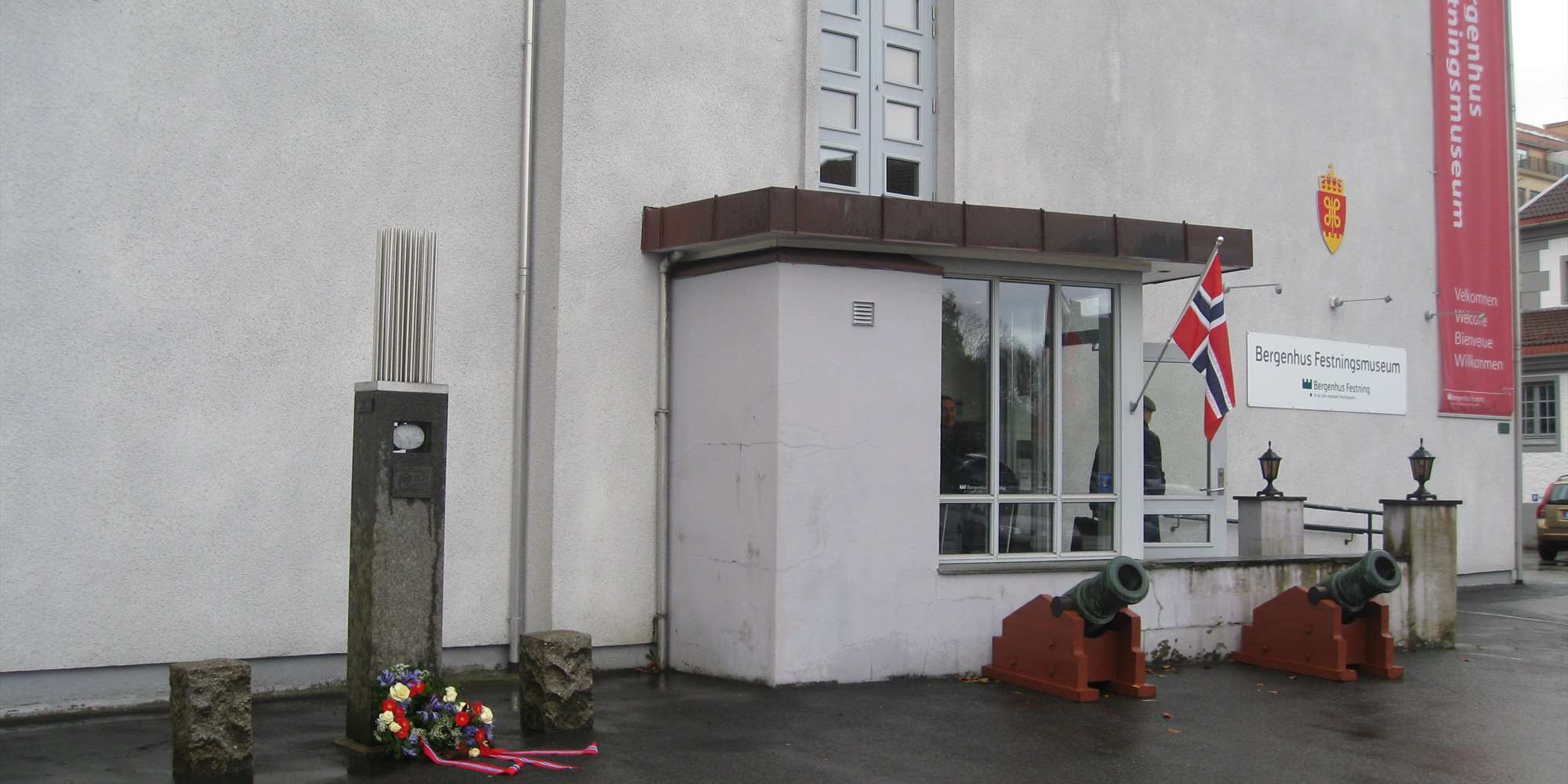 Exhibitions: Women's Contribution to the Armed Forces and The Resistance Struggle 1940-1945.

The work to establish a museum dedicated to the resistance movement during the Second World War (1940-45) went on since shortly after the War. Many good efforts did not succeed, and it was not until 1996, with the reorganisation of the Norwegian Armed Forces in progress, that the Commandant of Bergenhus Fortress initiated the release of the depot building for museum purposes. Bergen Defence Association lobbied the Norwegian Parliament, which granted money, and together with collected means this secured
that the depot building could be converted. Finally, on 9 April 2006 the museum, with three exhibitions on show, was opened by Gunnar Sønsteby.

Exhibitions:
* Women’s contribution to the Norwegian Armed Forces
* The resistance movement in and around Bergen 1940-45
* Newspapers in Bergen during wartime
* The underground press 1940-1945
* Norwegian forces abroad
* Norwegian Independent Brigade Group
* The History of Bergenhus Fortress
* Enigma (1)

The resistance movement in and around Bergen 1940-45
This exhibition deals with both civilian and military resistance. It shows how a civilian campaign was organised against the Nazi
party Nasjonal Samling’s attempts to Nazify the Norwegian society, and also how the military resistance developed from scattered, isolated groups to a large organisation with ties to London. The German occupation force used extensive resources to stop the resistance work and many people from Bergen were cruelly tortured before being executed or sent to their deaths in concentration camps. Despite such setbacks the resistance movement grew steadily stronger until the liberation.

The history of the resistance movement is presented through unique photos, weapons, espionage equipment, sabotage materiel, film
footage, interviews etc. After having worked for many years to organise this exhibition, we are happy to introduce it to the public. The exhibition opened on 9th of April 2006.

The history of Bergenhus Fortress
The exhibition shows the history of the Fortress, from the beginning as King Øystein’s estate on Holmen, which then was made into a fortress and became the residency of the feudal overlord in 1514, and the further development until the present Bergenhus
Fortress. The main emphasis is on King Håkon’s estate, the wars with Sweden over control in Scandinavia, Eske Bille and the building of Bergenhus Fortress. The exhibition also shows:

* The battle in Bergen harbour in 1665 and the action near Alvøen in 1808.
* The IR9 effort in 1940.
* The explosion at Festningskaien in 1944 and the rebuilding of Håkon’s Hall and the Rosenkrantz tower.
The exhibition was earlier on display in the Rosenkrantz tower and was reopened on 24 October 2007.